About.com feature: Two Nights in Venice. What i spent

The upfront costs of vacations are predictable. It’s the little things—airport snacks, cocktails before dinner, tipping a tour guide—that can throw even the most well-planned vacation budget off track. In this new series, we’ll look at the spending patterns of real travelers in popular destinations, so you can estimate what you’ll actually spend.

Ask a Manchester native how he feels living in England’s second city and he’ll reply, “I don’t know, ask a Londoner.” The once industrial powerhouse has swagger in spades, from its electrifying music scene to its supercharged soccer teams. And thanks to a spate of revamps and re-openings, the arts scene is seriously coming into its own. Add to the mix Scandi-style cafes, swanky bars and hip new hotels, and its easy to see why Manchester is on our list of must-see destinations for 2016.

Jetsetter feature: 39 things to do for free in London

It’s one of the world’s most expensive cities, but some of the best things in London don’t cost a thing. Rachel Beard has the inside track on how to see the Big Smoke for free

Jetsetter feature: 10 best picnic spots in Europe
Freshly baked bread, artisanal cheeses, a bottle of chilled rosé and a shady spot to nosh alfresco. Nothing says summer like an outdoor picnic, especially when it’s in one of Europe’s prettiest parks. Rachel Beard gives us 10 scenic spots to throw down the blanket, along with the top places to stock up on local treats.

Guardian feature: On the style trail in Glasgow
The Six Cities design festival kicked off this week, celebrating Scotland’s creative hubs. Rachel Beard takes a weekend break in Glasgow to soak up the city’s style

On the judging panel: International Traveller’s 100 Best Hotels and Resorts 2013
The ultimate countdown of the 100 best hotels and resorts in the world, judged by the top travel experts from all over the globe.

Cruise Critic feature: New cruise itineraries for 2016 and 2017
To help plan your next cruise, we’ve rounded up the best new itineraries and destinations from the major cruise lines for sailings throughout 2016, 2017 and beyond.

Jetsetter feature: Your 2015 gift guide for $25 or less
We’ve rounded up 25 bang-for-your-buck gifts — from toys to tech gear — for every globetrotter in your life.

Guardian feature: I came, I saw, I captured (a photography tour of Rome)
Rachel Beard dodges the tourist paparazzi in Rome while learning the tricks of the trade from a National Geographic photographer

Jetsetter feature: Cannes on a budget
You don’t need a blockbuster budget to go on location in Cannes. Rachel Beard rounds up the best ways to save in the South of France

Jetsetter Q&A: Mondrian moves to London
British design guru Tom Dixon is the creative brains behind the first Mondrian hotel outside the U.S. Rachel Beard gets the lowdown on the inspiration behind this transatlantic trailblazer on London’s South Bank

Guardian feature: Succulent city break in Cork
How do you spend a cheap weekend in a city packed with cultural and culinary treats and make it relaxing? Go to Cork and soak it up slowly, writes Rachel Beard

Jetsetter feature: Vienna’s regal retreat
Once upon a time only Austrian emperors could sleep at Schloss Schönbrunn. Now a corner of the estate has been converted into a lavish two-bedroom suite. Rachel Beard makes like a monarch and spends the night in a Viennese palace

Cruise Critic news: Costa Cruises appoints robot staff
The robots are coming – and Costa Cruises and AIDA are embracing the latest cyborg technology with humanoid robots onboard ships to assist passengers from spring 2016.

Jetsetter feature: 8 futuristic hotels
We haven’t quite made it to space yet, but some forward thinking architects have imagined a Jetsons-worthy future for hotel stays. From a gem stone–inspired retreat on a Chinese island to underwater pods in Fiji, Rachel Beard rounds up futuristic hotel concepts around the globe 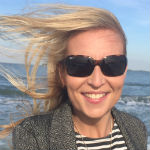 I’m a London-based travel writer and editor with 10+ years experience working for top publications including the Guardian, Jetsetter, Four Seasons Magazine, Visit Britain and Travelzoo. I served as TripSavvy's London Expert between 2016 and 2018.